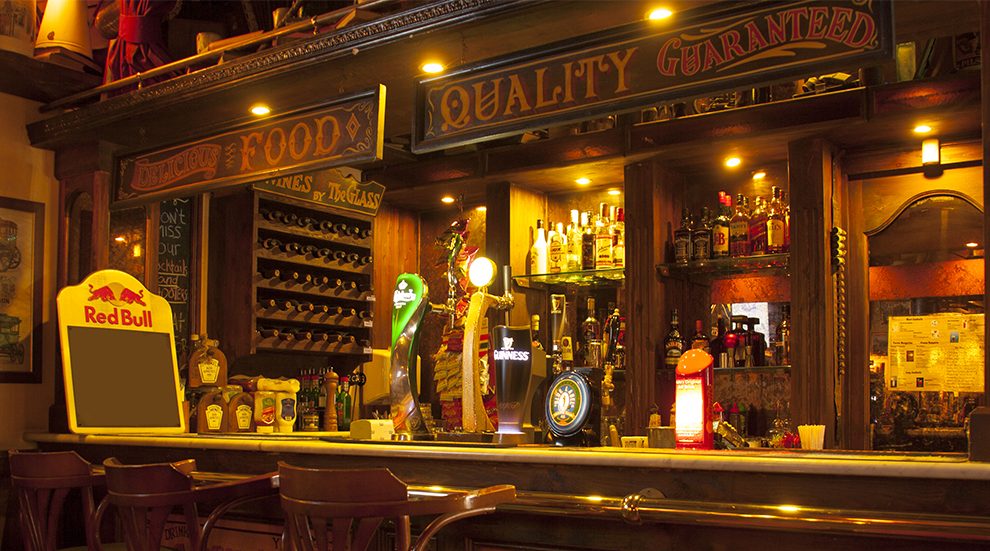 There’s something about autumn that makes us crave a 6pm pint on a Friday just to congratulate ourselves for making it through the week. The office hours are back to normal, schools are open again, and the air has turned (slightly) colder in Malta, but its hospitality reigns on.

In case you’re already scouring the island for a perfect post-work pint to kick off next weekend, we’ve got you sorted! Here are five of Malta’s most popular pubs for a laid-back evening.

This good old-fashioned English pub in Malta’s Capital has been one of the island’s top meeting places since it opened last April. They serve all kinds of beers from Guinness to 1565, and you can even enjoy the best of British and Maltese food from their menu. Its oak interior, high stools and regal photos, a quick drink at the Queen Vic practically allows you to be in two places at once.

This one is particularly popular with the culture vultures of the island. Its interior is practically an entire tribute to actor Oliver Reed, who is said to have died after consuming a little too much alcohol on the spot while filming Gladiator. Since then, the pub has become a post-theatre show hub of creativity, with small theatre companies even staging Shakespeare plays at The Pub, so you can enjoy your pint and indulge in some of the Bard’s best works at the same time.

This family-run pub in Buġibba is one of Malta’s most in-demand eateries and pint-spots thanks to its deliciously vast food menu and choice of beers and spirits. If pub food isn’t really your forte, you can pop into the adjoining trattoria, run by the same family. Fat Harry’s is the place to be on game nights too, so you can enjoy a nice cold pint while watching your favourite team win.

Chillin’ with a beer and some dart #islandlife 🍻🍺🎯

Perfectly tucked in Malta’s clubbing capital, Cork’s Irish Pub is a post- office favourite for anyone wanting a noisy Friday treat. If you’re feeling particularly adventurous, or if it’s just been a terrible week, you can belt out to your favourite karaoke tunes to blow off some steam.

A few steps away from the Queen Vic, this family-run pub has been satisfying locals, foreigners and top EU delegations for decades. With a vast menu, an endless choice of draught beers, and Valletta-born staff ready to tell you the Capital’s secrets, a Friday evening at the Ordnance will certainly be one to remember.