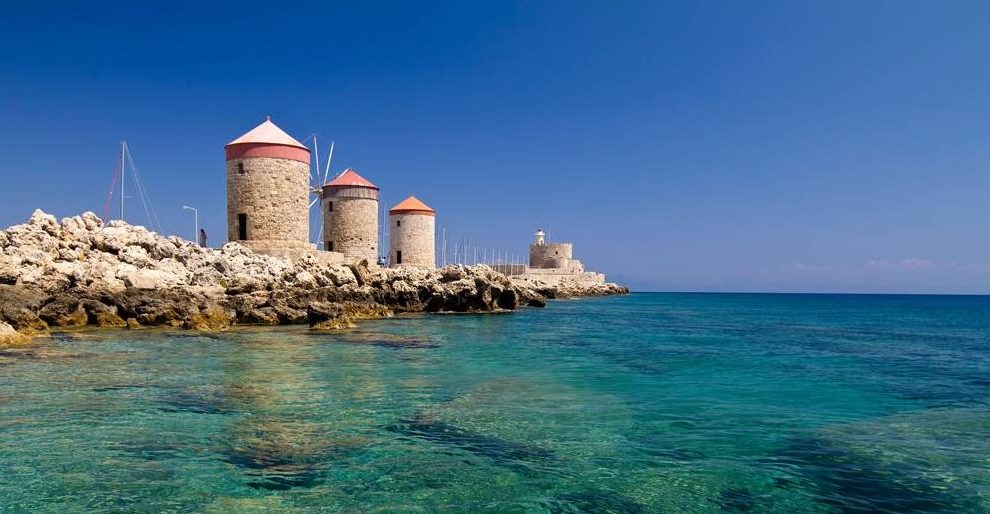 The Greek island with 300 days of sunshine each year. Rhodes has been attracting thousands for aeons thanks to its endless choice of long, beautiful beaches and resorts.

From lush green landscapes and moutains, to sunsets amidst ancient temples, these are some of the main reasons Rhodes needs to join your list of dream getaways.

Rhodes’s Medieval Old Town is full of busy little commercial streets and alleys dating back at least 2,000 years. The Medieval Quarter of Rhodes is also Europe’s oldest inhabitied town to date. The Mosques of Souleyman, the Knight’s Street and the Palace of the Grandmaster are definitley sites you would not want to miss during your trip here.

For many, Lindos is the most impressive archeological site in Rhodes, thanks to the majestic Acropolis atop a 116m cliff. Lindos is also home to a circular theatre just below the Temple of Athena and a number of old tombs and churches in its older areas, as well as a small modern town with beautiful traditional Greek homes boasting large, colourful courtyards.

This 798m high mountain is named after the prophet Elijah. Close to the summit, you will find the famous ‘Elaphos and Elaphina’ hotel, which was built by Italian colonists in 1929.
The villa opposite also has a curious history. It was the summer residence of the Italian Governor of Rhodes until 1940, and was also intended to be a retirement home for Benito Mussolini.

By far the most charming spot in Rhodes. The lake in the Seven Springs is safe enough for swimming, and if you are more of a rambler, you can take a nice relaxing walk through one of the nearby forests and admire the lavish Mediterranean greenery.