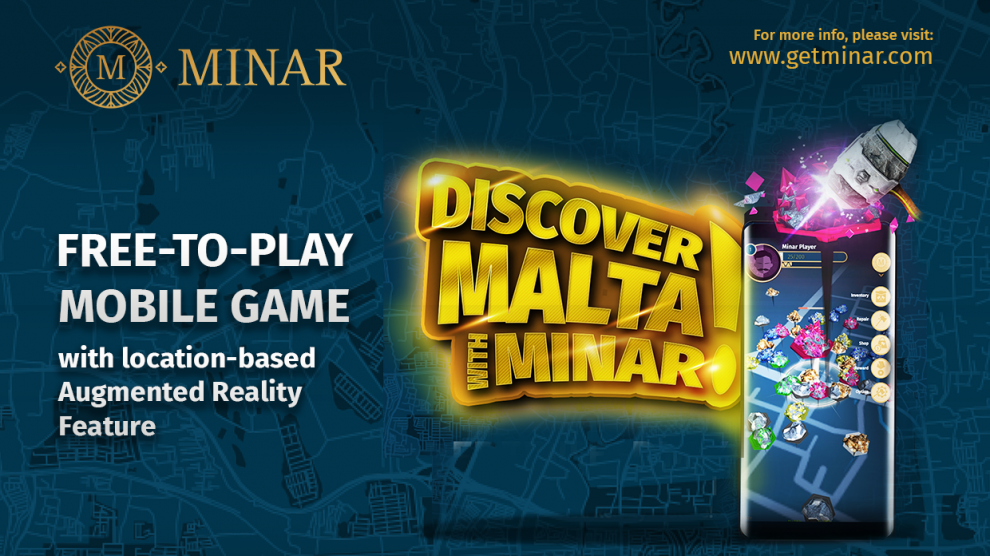 Thousands of virtual coins are distributed in the churches, historic alleys and buildings, forts, street corners, and various tourist attractions of Malta this week, as WIR, Asia’s leading digital reality company from Indonesia, shows off their creative technology at the Mediterranean Tourism Forum held at the InterContinental Malta. The virtual coins must be obtained by walking around the Maltese neighbourhoods using the MINAR mobile application. In this Malta-edition of MINAR, the special coins will show the Maltese Cross as the symbol of Malta. The coins can be redeemed daily for special rewards.

The MINAR mobile application (www.getminar.com) is created by WIR Group with an aim to empower the nation’s prosperity. It is a form of catalytical digital platform for the nation’s development, particularly the tourism industry, which ultimately is an “experience industry”. MINAR mobile application is a cutting-edge concept to provide and reward unique experiences. Local businesses in Malta can join the program to increase actual foot traffic to their establishments.

Tourism sectors can utilize MINAR as a digital platform to communicate sustainable tourism and as a method of deeper engagement with the people by providing dynamic interactions and engaging on-site experiences through real-time GPS feature, Augmented Reality technology and Rewards Redemption feature in order to make an emotional connection. With this innovative mobile application, MINAR aimed to be the first Indonesian mobile application to enable sustainable tourism by supporting and promoting a positive experience for the local people, tourism companies and tourist themselves.

MINAR has also partnered with Infinity Blockchain Ventures (IBV) which will enable MINAR to be the first Indonesian-made mobile online platform that offers blockchain technology as part of its features and offerings. This is one of MINAR’s strategic initiative in creating a disruptive technology that changes people’s perception on an online earning platform. MINAR will become a breakthrough technology because it will disrupt the people’s online earning experience by allowing it to be an alternative source of income through a new breed of Augmented Reality mobile application.

WIR has completed more than 1,000 projects around the world and won awards such as the AWE Auggie Awards in Silicon Valley for Best Augment Reality Campaign in 2015 and 2016. The New Economy’s TOP 40 Innovative Companies awarded at London Stock Exchange in 2014, and the Outstanding Corporate Innovator Award from PDMA in Chicago in 2017. As a company, WIR and its digital reality offerings strongly believe in real-world applications of the technology that can be used in today’s distributive market; mostly by engaging brands and corporations directly with consumers through digital reality interactions.